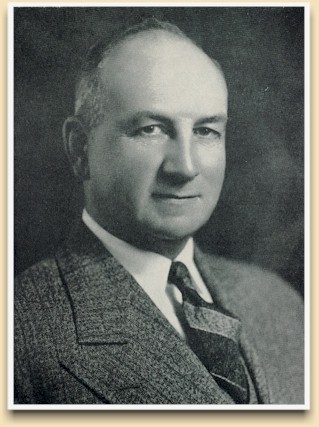 Our subject's grand-father, Frederick Schuster emigrated from the Alsace upon hearing of the California gold rush and made his way to the placer mines in Plumas County.

In the early 1850s he started a family and failing to strike it rich, he established a small steam beer plant, one of the first in California. The Pacific Coast Directory for 1867 lists the La Porte Brewery, F. Schuster, proprietor. When the placer mines played out Frederick relocated to San Francisco, and in 1870 he purchased the American Railroad Brewery. When Frederick died, his son Frederick Paul Schuster took control of the Brewery, and in 1902 he merged it with the Union Brewing & Malting Company. The American Railroad branch of the new company operated for two more years, and was then closed. Frederick became the vice president of the Union Brewery.

Frederick Paul's son, Karl F. Schuster, continued the family tradition in brewing. In 1908 he started as an apprentice, drawing his first pay check from the Union Brewery, which had abandoned the manufacture of steam beer and entered the lager beer field in 1903. While Karl was learning all aspects of the trade, the brewing industry in San Francisco was undergoing many changes - in part from the effects of the '06 earthquake, but also from the influx of brewers escaping early Prohibition in their home states.

In 1909 Union Brewing & Malting annexed the Wunder Brewing Co. by purchase, paving the way to a merger that would solidify its position. In Jan. 1917 the Union Brewery joined five other breweries in the formation of the California Brewing Assn., with Frederick P. Schuster subsequently named one of the Association's directors.

Frederick's son Karl, returning from WWI and facing the demise of his industry from Prohibition, took a position as assistant to Master Brewer Anton Dolenz at the Association's Fulton plant. During this period with the Cereal Products Refining Corporation he worked with William Adams and Jacob P. Rettenmayer, and later assumed the position of plant superintendent.

By Repeal in 1933 Karl had moved up high enough in the company that in 1934, with the death of Samuel Clarke, the Board of Directors elected Karl F. Schuster president and general manager of Cereal Products refining Corp., aka the Acme Brewery.

On April 1, 1936 the company changed its operating name to Acme Breweries to reflect the addition of the Los Angeles plant.

Karl Schuster remained president of Acme Breweries until it was sold in January 1954. He died in November 4, 1976.