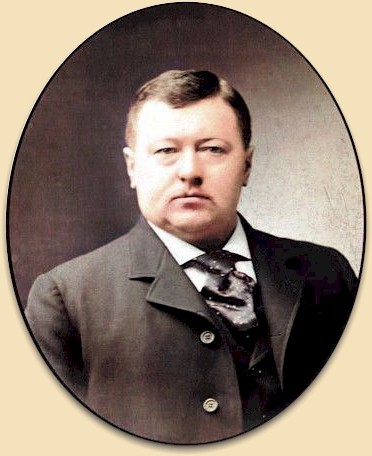 John Weidenfeller was born on February 11, 1867, near the village of Frankfort, Hessen-Nassau, Germany, eldest of Adam and Emma Heible Weidenfeller's 10 children. The family immigrated from Germany in 1878, and settled in the farming community of Dorr, Michigan.

As the oldest son, it was expected that John would work the farm and eventually take it over - however, John had other ideas. He left for "the big city" to learn the brewing trade. He was soon joined by his brother Joseph, and the two were listed in the Grand Rapids City Directory as brewers for the Frey Bros. and Kusterer Brewing Companies. In 1892, these two breweries joined three others to form the Grand Rapids Brewing Co.

The exact date is uncertain, but prior to 1899, John and Joseph traveled to Butte, Mont. and took positions as brewers for the Centennial Brewing Co. The brothers found accommodations not far from the brewery in a rooming-house run by a 25 year old divorcée, Cenzie Poetch. The 33 year old John was a shy, quiet man who admired the ladies - but from afar. The relaxed and intimate setting of Cenzie's lodging gave John the courage to ask her to be his wife. They were married on 26 June, 1900, there in Butte. Cenzie brought two boys to the marriage, Charles age 7, and Herman age 6. The Weidenfellers would add to the family a year later with the birth of their only daughter, Elsie, and then in 1905 with a son, John.

In Sept. of 1903, a change in management of the Olympia Brewing Co. (partly owned by Centennial) gave John an opportunity to fill a position vacated by brewmaster, Gustave Hodel, who was to be superintendent of the Centennial plant. John's promotion was no doubt due to Hodel's recommendation.

In 1902, John's 20 year old sister, Mary, had visited her two brothers in Butte, and had met the energetic and ambitious Hodel. She decided to extend her stay in Butte, and the following year the two were married. Sadly their happiness was cut short after only three years. On 13 Sept. 1906, Mary died from blood poisoning after a medical procedure.

John's position as Olympia's brewmaster appears to have been rewarding, and his expertise was instrumental in the introduction and subsequent success of the brewery's Exquisite Beer. 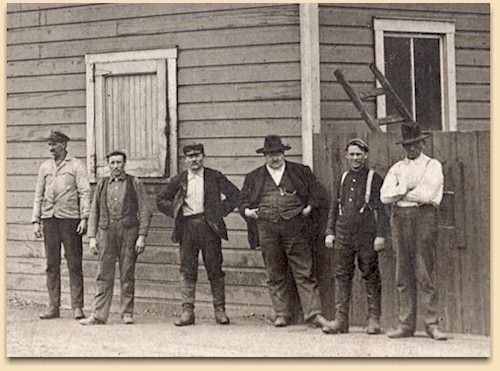 However, in late '09, John and his family had to leave Butte and return to Michigan. John's parents had died and the responsibility fell to him to take care of the family's farm in Dorr. Farming was not John's calling and after giving it a try for a couple of years he returned to Grand Rapids and resumed his career as a brewer.

He was later joined at the Grand Rapids Brewing Co. by his brother Frank, and his step-son Herman. Brewing was certainly a family affair for the Weidenfellers.

John died in 1929, while Prohibition still had a strangle hold on the brewing industry. At the time of his death, John was doing the next best thing to brewing - he was employed as a refrigeration engineer for the Moon Lake Ice Company, utilizing his skills learned as a brewer. His son, John, was also working with him at this Grand Rapids plant.

Copyright © 2004 by BreweryGems  ~ All Rights Reserved.