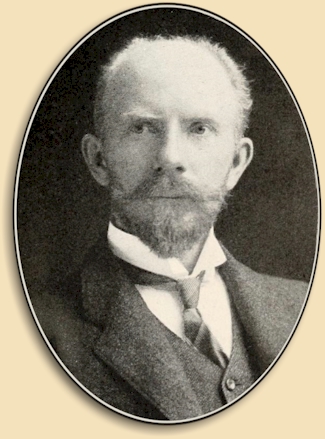 
The following profile was taken from "A Volume of Memoirs and Genealogy of Representative Citizens of the City of Seattle and County of King, Washington",  The Lewis Publishing Co., New York and Chicago, 1903

"Mr. Claussen holds prestige as one of the essentially representative business men of Seattle, being prominently concerned in industrial enterprises of marked scope and importance and having shown that inflexible integrity and honorable business policy which invariably beget objective confidence and esteem. Progressive, wide-awake and discriminating in his methods, he has achieved a notable success through normal channels of industry and today is president, treasurer and manager of the Claussen Brewing Association at Interbay, a suburban district of Seattle, and also vice-president of the Diamond Ice & Storage Company, whose business has likewise extensive ramifications.

Mr. Claussen is a native of the province of Holstein, Germany, where he was born on the 13th of November, 1861, being son of Caecilia M. and Peter Jacob Claussen, representative of staunch old German stock. Our subject prosecuted his studies in the schools of his native province until he had attained the age of ten years, when he accompanied his parents on their emigration to America, the family locating in the city of San Francisco, California, where he continued his educational work, as did he later in Dixon, that state, the family home having been on a farm for the greater portion of his youth. After completing the curriculum of the high school he entered a business college where be finished a thorough commercial course and thus amply fortified himself for taking up the active duties of life. In 1882 Mr. Claussen took a position as bookkeeper for the Fredericksburg Brewing Company in San Jose, California. In 1884 he began learning the details of the brewing business, and later he passed about two years in the employ of the National Brewing Company of San Francisco, gaining a thorough experience in all branches of the industry and thus equipping himself in an admirable way for the management of the important enterprise in which he is now an interested principal. In 1888, in company with E. F. Sweeney, Mr. Claussen effected the organization of the Claussen-Sweeney Brewing Company in Seattle, and the business was conducted under that title until 1893, when the company disposed of the plant and business. In 1892, Mr. Claussen associated himself with Messrs. Charles E. Crane and George E. Sackett in the organization of the Diamond Ice & Storage Company, of which our subject became vice-president at the time of its inception and in that office he has since served, the enterprise having grown to be one of importance and extensive operations. In March, 1901, was formed a stock company which was incorporated under the title the Claussen Brewing Association, with a capital of fifty thousand dollars, which was later increased to two hundred and fifty thousand, and the company erected a fine brewing plant at Interbay and have here engaged in the manufacture of a very superior lager beer, the excellence of the product and the effective methods of introduction having gained to the concern high reputation and a most gratifying supporting patronage, which extends throughout Washington and contiguous states. The equipment of the plant is of the most modern and approved type and in every process and detail of manufacture the most scrupulous care is given, insuring absolute purity, requisite age and proper flavor, so that the popularity of the brands of beer manufactured is certain to increase. The annual capacity of the brewery is sixty thousand barrels, and the plant is one of the best in the northwest, the enterprise being a credit to the executive ability and progressive ideas of the gentlemen who inaugurated the same.

Mr. Claussen has been a resident of Seattle since 1888, and from the start he has maintained a lively interest in all that concerns the progress and material prosperity of the city, being known as an alert and public spirited citizen and able business man, and holding unqualified confidence and esteem in the community. He has been an active factor in the councils of the Democratic party, but in local affairs maintains a somewhat independent attitude, rather then manifesting a pronounced partisan spirit. In 1901, he was the Democratic nominee for member of the lower house of the state legislature, but as the district in which he was thus placed in nomination is overwhelmingly Republican in its political complexion he met defeat, together with the other candidates on the ticket. Fraternally he is prominently identified with the Fraternal Order of Eagles, the Seattle Turnverein society and the German Benevolent society, in each of which he has held office. He was also one of the organizers of the Mutual Heat & Light Company in 1902, and is ever stood ready to lend his influence and definite co-operation in support of legitimate business undertakings and worthy projects for the general good. In 1892 he erected his fine residence on Boren Avenue, and this he still owns, though he now makes his home at Interbay, in order that he may be more accessible to the brewery, over which he maintains a general supervision. He is a young man of forceful individuality and the success which has been his indicates most clearly his facility in the practical application of the talents and power which are his. In the city of Seattle, on October 10, 1891, Mr. Claussen was united in marriage to Miss Emma Meyer, who was born in Hamburg, Germany."


In January 1906, Edward Sweeney’s holdings in the Seattle Brewing & Malting was purchased by Andrew, Alvin, and Louis Hemrich, followed by the acquisition of controlling interest in the Claussen Brewing Association.

Alvin Hemrich was now president of the firm, but as vice-president and general manager, Hans was still running the brewery. That is until 1915, when state-wide prohibition terminated all brewing activities. Plans were made to move to California, but these were never realized.

With the repeal of Prohibition in 1933, the 72 year old Hans Claussen was retired and had no inclination to re-enter the business. Six years later, on 20 March, 1940, Hans died leaving his wife of nearly 50 years, a widow. However, she was to follow Hans the following June. They never had children.