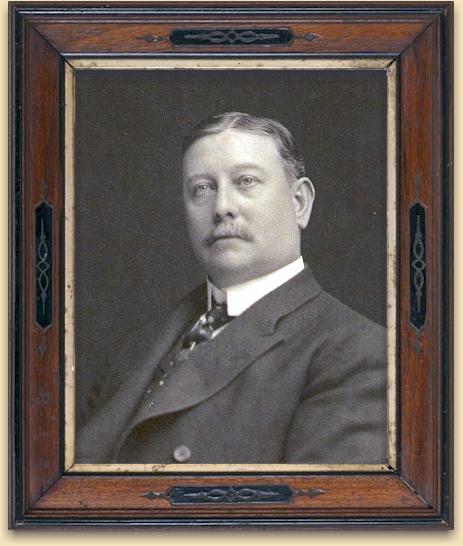 The following was taken from An Illustrated History of the State of Washington, by Rev. H.K. Hines, D.D., The Lewis Publishing Co., Chicago, IL., 1893

"EDWARD F. SWEENEY, Secretary of the Seattle Brewing & Malting Company, is a native son of the Golden West, born in San Francisco, California, May 10, 1860.

His father, Morgan Sweeney, was a California pioneer of 1850, who made mining the occupation of his life. He (Morgan) was married in California to Miss Mary Nunan¹, whose father was also a pioneer of the State.

Edward F. Sweeney was educated at St. Mary's College in San Francisco. His business career began at the age of seventeen, in the French Savings Bank, but shortly after be entered the office of the brewery² of M. Nunan and remained two years. He then went to the Fredericksburg Brewery at San Jose and entered practically into the study of the brewery business. After becoming thoroughly conversant with all details of manufacture and with methods of conducting such an enterprise, he returned to San Francisco as superintendent of Mr. Nunan's plant, which turned out about 30,000 barrels of beer per year.

In 1882 [sic], he came to Seattle, and, forming a co-partnership with W. J. Rule, built a small brewery south of town for the manufacture of steam beer. The firm of Rule & Sweeney continued about eighteen months [sic], when Mr. Rule retired and Mr. Sweeney continued operations alone, gradually increasing the extent of his plant as the conditions of the trade demanded.

In 1888 he organized a stock company known as the Claussen-Sweeney Brewing Company, with a capital of $80,000. The brewery was then rebuilt, and with improved machinery they entered exclusively into the manufacture of lager beer, with an annual output of 36,000 barrels, which was sold throughout the Northwest. In May, 1891, Mr. Claussen³ sold his interest to Mr. George F. Gund⁴, and the business was continued up to the spring of 1893, when the company consolidated with the Bay View Brewing Company and the Albert Braun Brewing Company, incorporating as the Seattle Brewing & Malting Company; capital stock, $1,000,000. Mr. Sweeney was elected secretary of the new organization, whose plant has a capacity for an annual output of 150,000 barrels.

Mr. Sweeney is also a stockholder of the King County Bank; a director of the National Bank of Commerce; owns valuable real-estate interests in Seattle, and mining interests in the Cascade Mountains. Socially, he affiliates with the K. of P., B.P.O.E., the Seattle Athletic Club and the Seattle Yacht Club. He is also a member of the Chamber of Commerce, and is a member of the manufacturing committee of that institution."

"The Puget Sound Brewery, built last summer near the race track by Messers. Rule & Sweeney, two young men from California, is now the property of E.F. Sweeney, Mr. W.J. Rule having retired from the firm."

The above mentioned 1893 formation of the Seattle Brewing & Malting Co. was hugely successful and the company's plant grew to be the largest brewery west of St. Louis.

In 1903, the 43 year old confirmed bachelor was married to 27 year old, Jessie Louise Gair, daughter of millionaire industrialist, Robert Gair of Brooklyn, NY. They were married on the 1st of June in Brooklyn, and returned to Seattle that same month.

In January 1906, Edward Sweeney’s holdings in the Seattle Brewing & Malting Company were bought out by the Hemrich brothers after Sweeney's mishandling of a Union boycott that was of his making. However, according to family lore, Edward's divestiture of his brewery holdings was prompted by his wife, Jessie. Apparently she felt the brewing was not a respectable business. This was understandable since all of the breweries were under assault by the era's crusade against alcoholic beverages. The primary adversaries were the Women's Christian Temperance Union and The Anti-Saloon League, both of which were gaining influence with lawmakers. In either case the move proved fortuitous given that state wide prohibition would close all the breweries in 1915.

After leaving the brewing business Edward devoted his energies to real estate ventures. His first, and most notable, was the construction of the Hotel Savoy in 1906. This elegant, 13 story hotel was a Seattle landmark for 80 years. It was demolished on 31 August 1986 to make way for the Washington Mutual Tower.

On Jan. 31, 1923, Edward died after a long bout with diabetes, at the age of 62. His widow, Jessie, and four children, Mary, Edwina, Edward, and Robert, returned to Jessie's home in New York.

Illustration from "Men Behind the Seattle Spirit - The Argus Cartoons,"
published 15 July 1906 by H. A. Chadwick, editor Argus Monthly.

¹  Mary Catherine Nunan, was sister to Matthew Nunan, and when her husband, Morgan Sweeney died (prior to 1879) her son, Edward was still living with her and working for her brother Matthew.

³  Hans J. Claussen, had also worked at the Fredericksburg Brewery with Sweeney and the two partnered in 1889. After selling to Gund, Claussen established the Diamond Ice Co. in Seattle, and in 1901 formed the Claussen Brewing Association.

⁴  George was the son of John Gund, who built the John Gund Brewing Co., LaCrosse, Wisconsin, one of the largest breweries in that state outside of Milwaukee.

In March, 1896 it was announced that George would serve as president of  Seattle Brewing & Malting. He would remain in this position until April of '97 when he sold his holdings to the Hemrich brothers. He then left for Cleveland to purchase the Jacob Mall Brewing Company, which in 1900 was renamed the Gund Brewing Company.

Copyright © 2004 by BreweryGems  ~ All Rights Reserved.