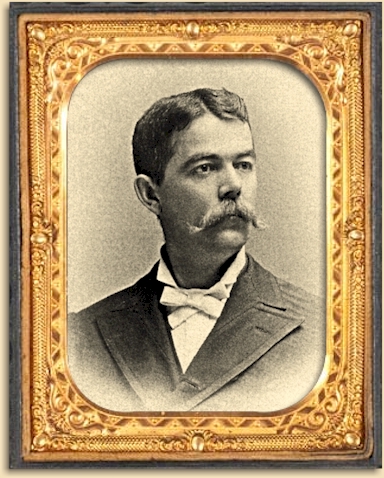 "FRED KIRSCHNER, treasurer of the Seattle Brewing & Malting Company, was born in Cincinnati, Ohio, May 21, 1856. His parents, Frederick and Mary (Weicke) Kirschner, were natives of Germany, but emigrated to America in the early '50s and located in Cincinnati, where Mr. Kirschner followed his trade of molder in an iron foundry. In 1856 he removed to Buffalo City, Wisconsin, and engaged in the draying business up to 1888, then in farming until 1888, when he removed to Seattle, where he now resides. Our subject was educated in the schools of Wisconsin, and remaining at home followed the avocations of the farm until April, 1878, when he was married at Alma, Wisconsin, to Miss Emma Hemrich.

He then located in Alma and was connected with the brewery of Mr. Hemrich for one year, then for three years was proprietor of the Union House. He then purchased a plant and engaged in the manufacture of soda water, which enterprise be continued until 1885, when he came to Seattle and purchased an interest in the Bay View brewery, assuming the duties of secretary and continuing in such capacity until April, 1892, when, upon the incorporation of the Bay View Brewing Company, he was made secretary and treasure, and so continued up to the spring of 1893, when the Bay View consolidated with the Albert Braun Brewing Company and the Claussen-Sweeney Brewing Company, under the corporate name of  Seattle Brewing & Malting, and Mr. Kirschner was elected treasurer of the new organization. He is also interested in valuable mining interests in the Cascade mountains, and now owns real estate in the city of Seattle.

In 2005, Fred Kirschner's great-grandson, Bradley W. Kirschner, expanded on the 1893 biography with his own research and observations. The following is the result of Bradley's work:

"Fred Kirschner was born in Cincinnati and moved with his parents to Buffalo City and then Waumandee. Perhaps it was the hard work of farming or perhaps there were too many mouths to feed, but in 1878 Fred left the farm and moved to Alma, where he went to work in John Hemrich's brewery.

Marriage records in Pierce County, Wisconsin, show that Fred Kirschener married Henrietta Quick on September 22, 1878, and they had a son Fred, born on November 22, 1880 in Waumandee. No further mention of Henrietta is made nor any mention of this Fred the third. The dates seem appropriate, as is the custom in German families to naming the eldest son after his father. Perhaps Henrietta met her in-laws and decided to take her son and leave, or more likely they both died in childbirth. Perhaps Henrietta was Fred's mistress, and was forced to quietly disappear after Fred's birth. Whatever happened to Henrietta, Fred married his bosses daughter, Emma Hemrich in 1880 in Alma. He left the brewery that year and purchased the Union House hotel in Alma. The 1880 census shows Fred and Emma as proprietors of a hotel. Their names are misspelled in the census as Kirshner. In 1883 Fred left the hotel and purchased a soda water manufacturing business.

Fred and Emma also caught the wanderlust and followed Emma's brother and father to Seattle in 1885, where Fred joined the two Hemrichs in expanding Andrew Hemerich's brewery into the Bayview Brewing Company. Fred was quite active in civic and German community affairs. As the brewery grew, so did Fred's stature. He was treasurer of the company, and quite active in its expansion to become the largest brewery west of the Mississippi. Fred and Emma had three children, William, Emma and Andrew. Emma and Andrew were born in Seattle; William was born in Alma in 1882.

Fred's success in Seattle was cut short with his death on June 29, 1897, at the age of 41. His community stature was such, or perhaps community relationships were stronger, but the union representing the brewery workers suspended its labor strife for Fred's funeral. Emma Kirschner lived until December 6, 1920. She died in San Mateo, California at the home of her son Andrew. Fred and Emma are buried in lot 188 at Lakeview Cemetery. Their burial plot contains the Kirschner family monument."